We want to share with you the success stories of some of the players that have come through our ranks.

We want to share with you the success stories of some of the players that have come through our ranks.  We don’t want to stop there though we want to know how they are doing so have asked them to share with us their journey and experiences making progress in the professional game.  You can read about the journey they have taken below!
If you developed through us and are now playing professionally, semi-professionally or coaching, a referee or hold another role in football let us know so you can feature on our ‘wall of fame’!  We just need details and a photo when you were with us and one of you now!  Simply complete the form below. 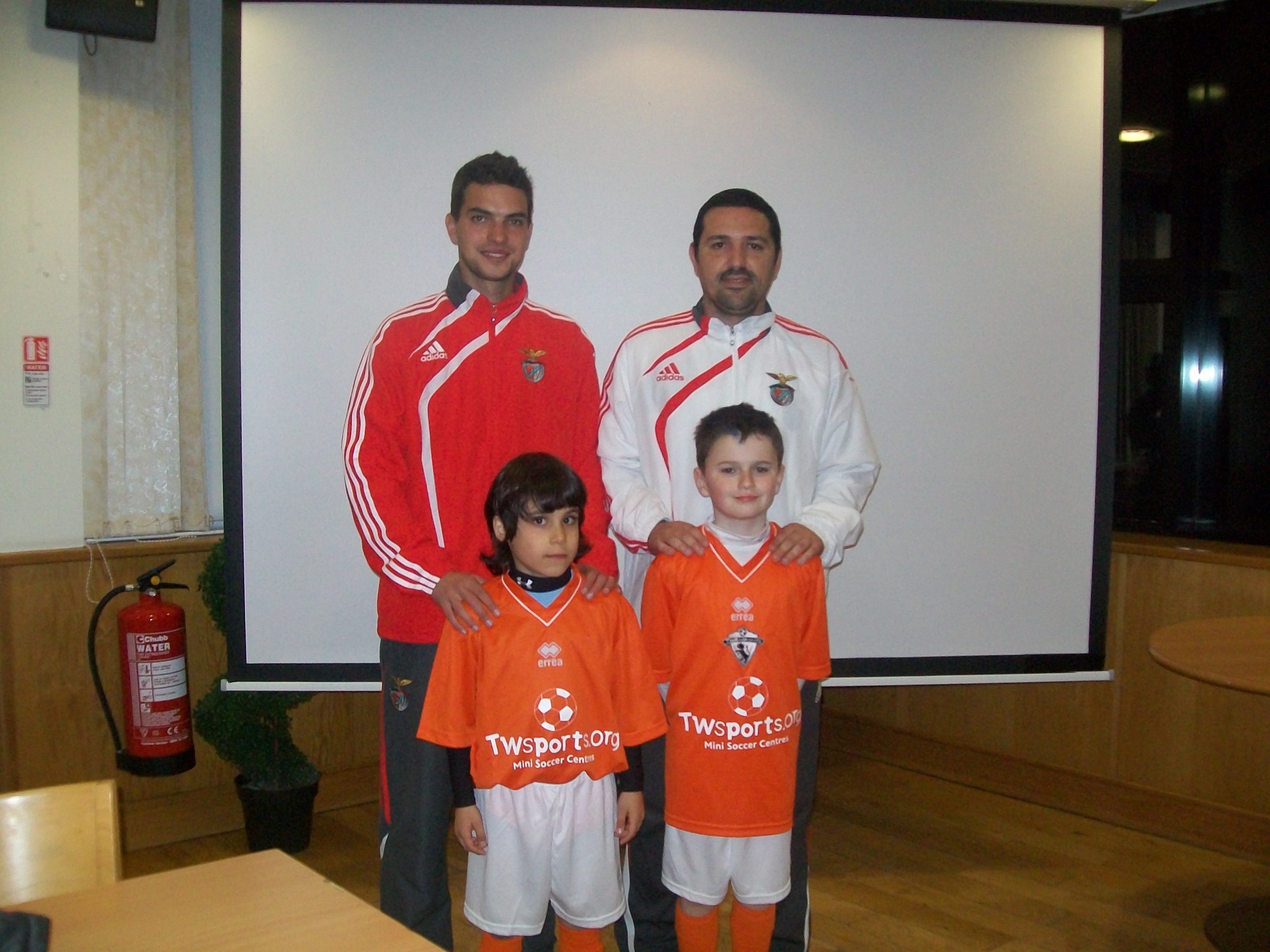 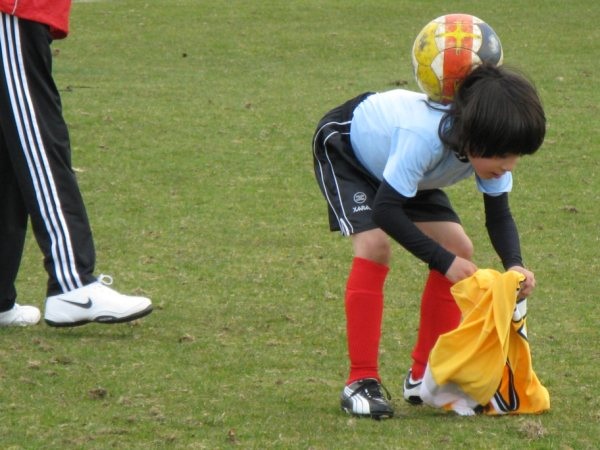 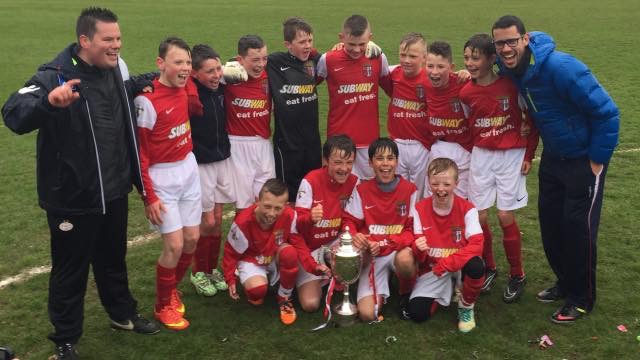 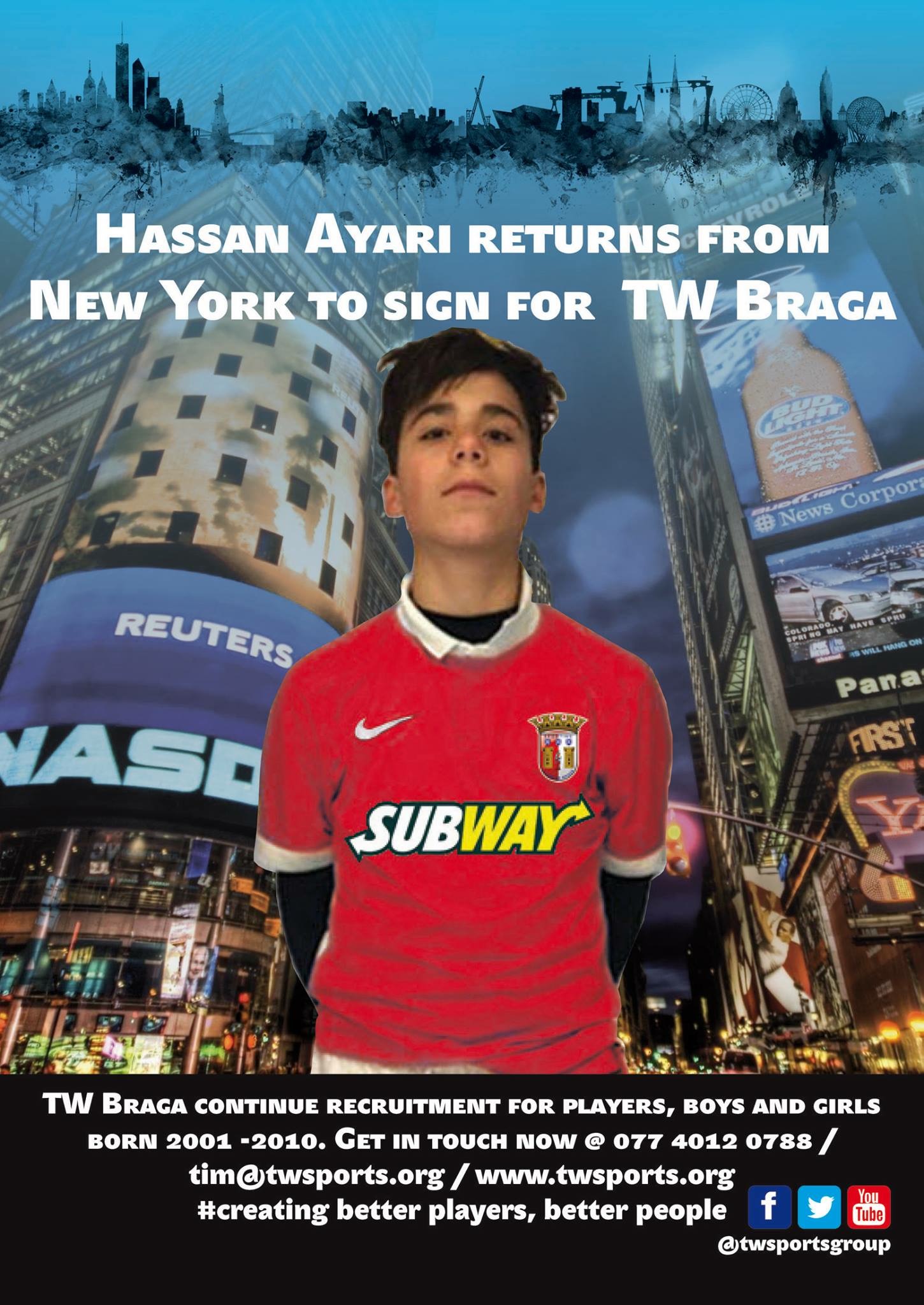 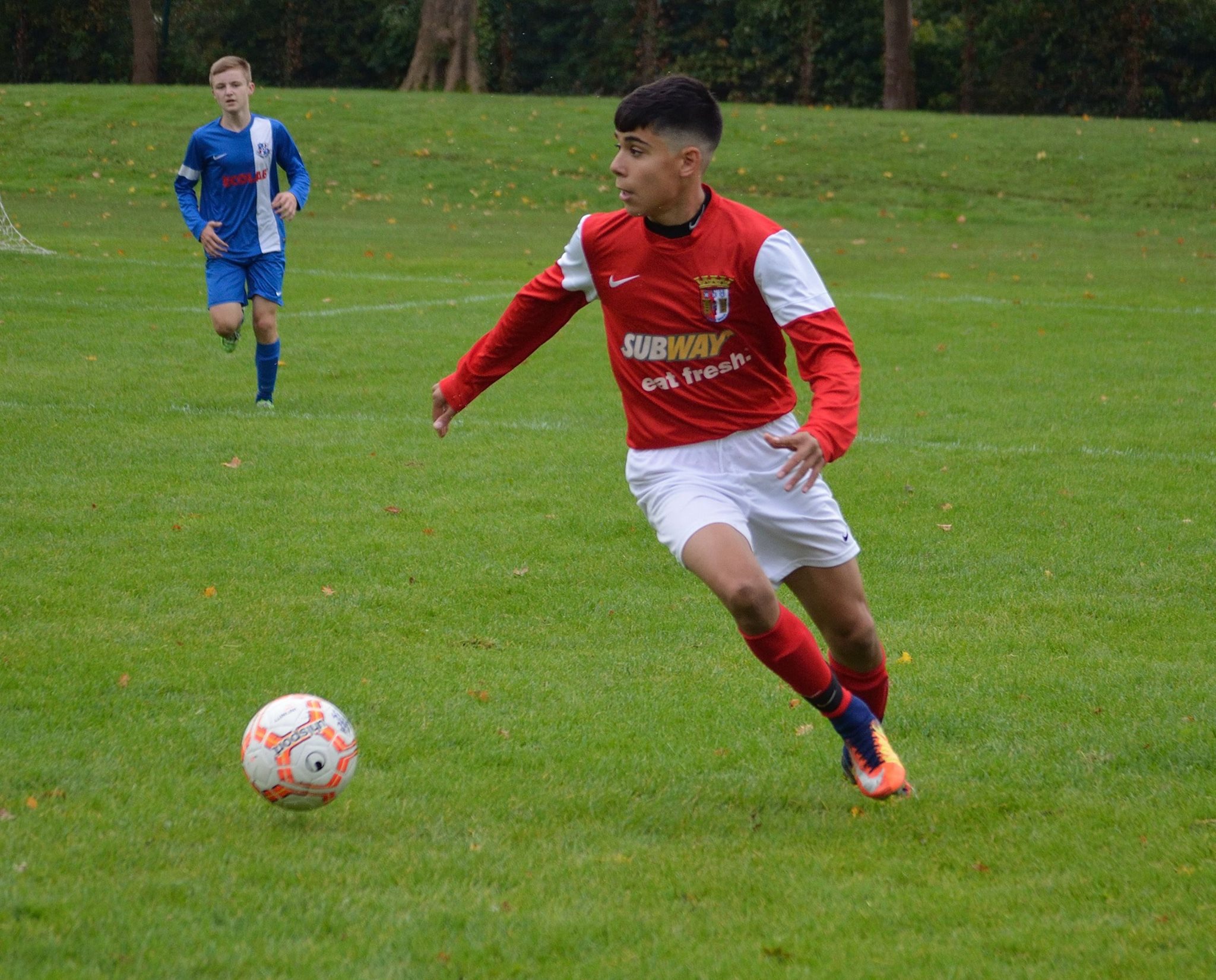 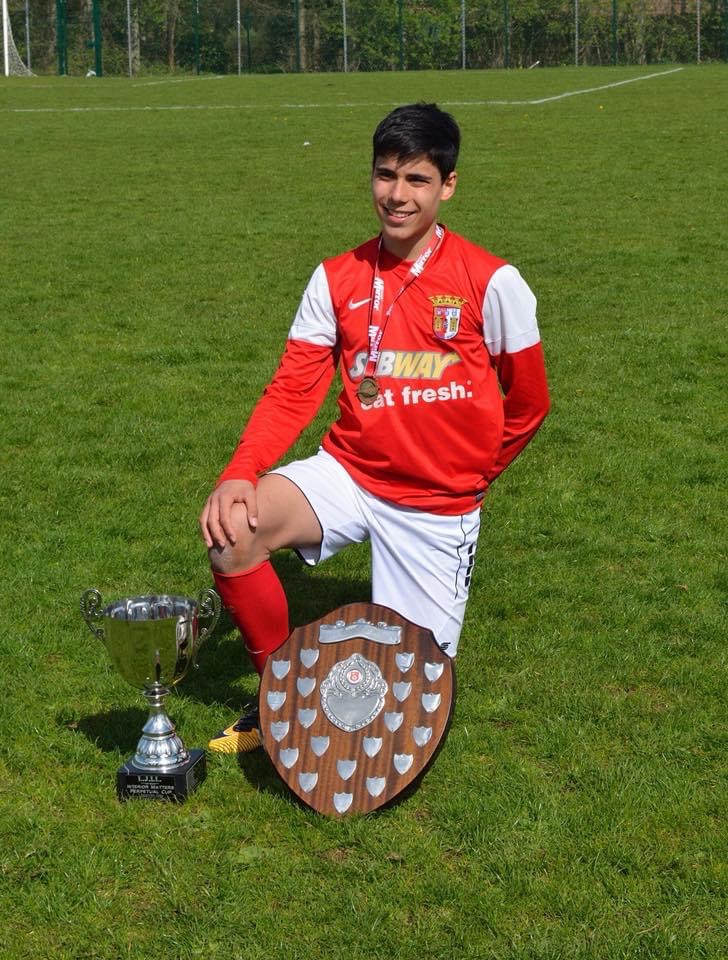 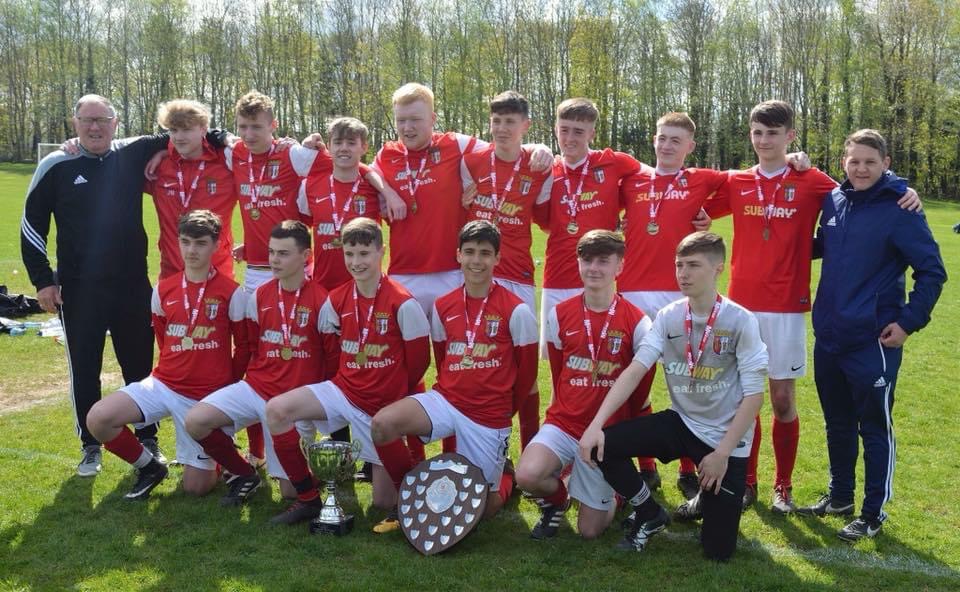 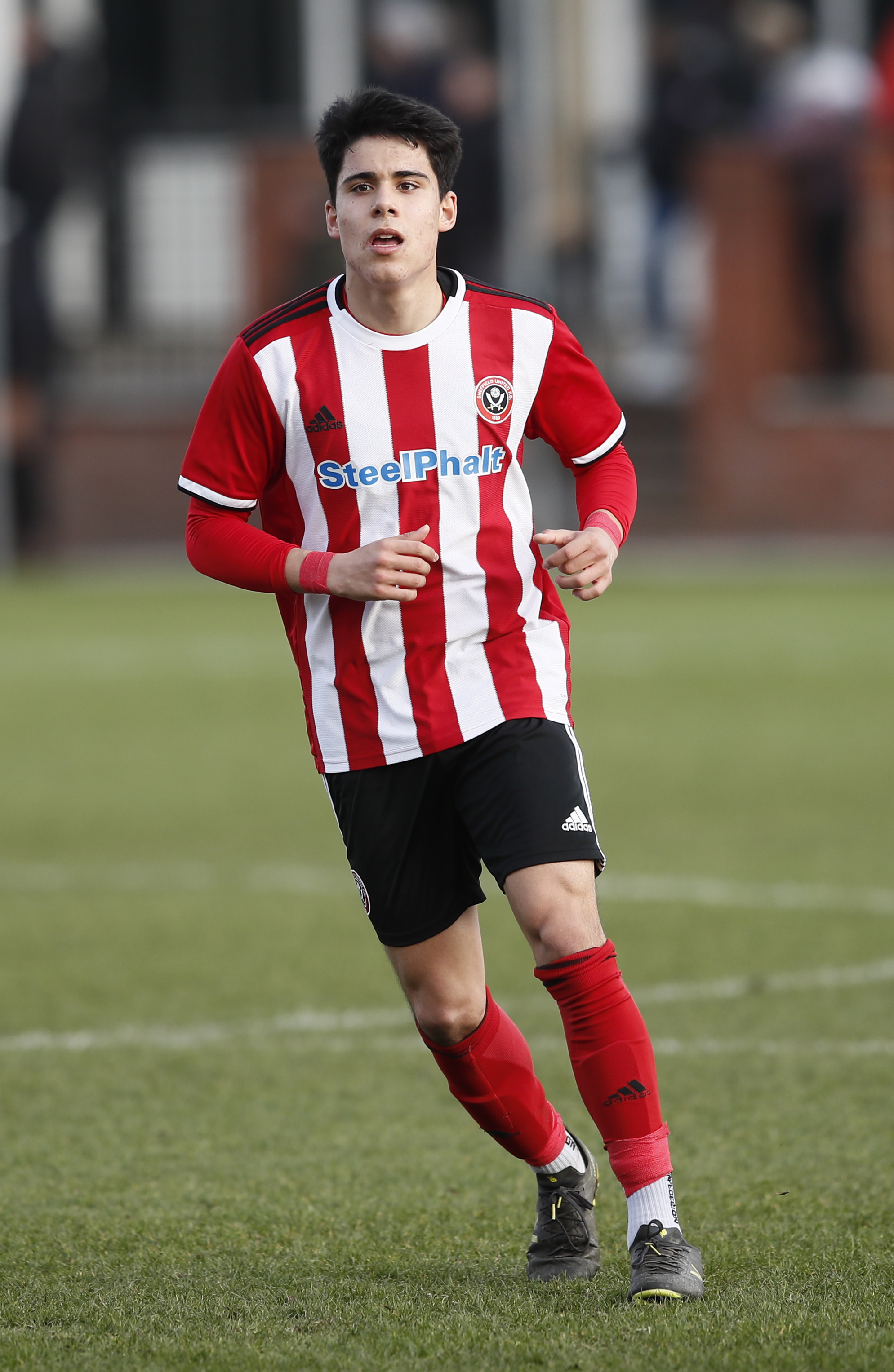 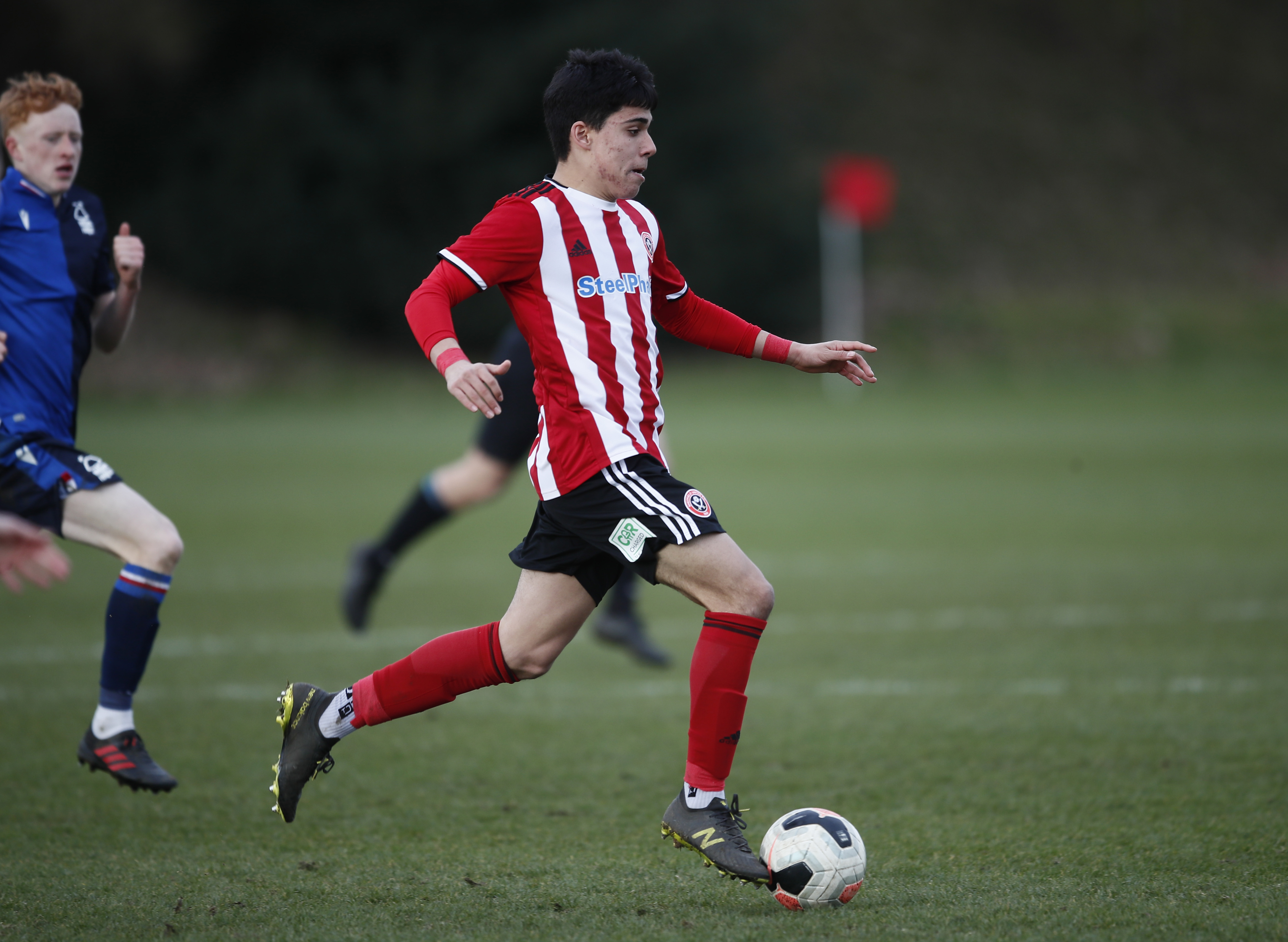 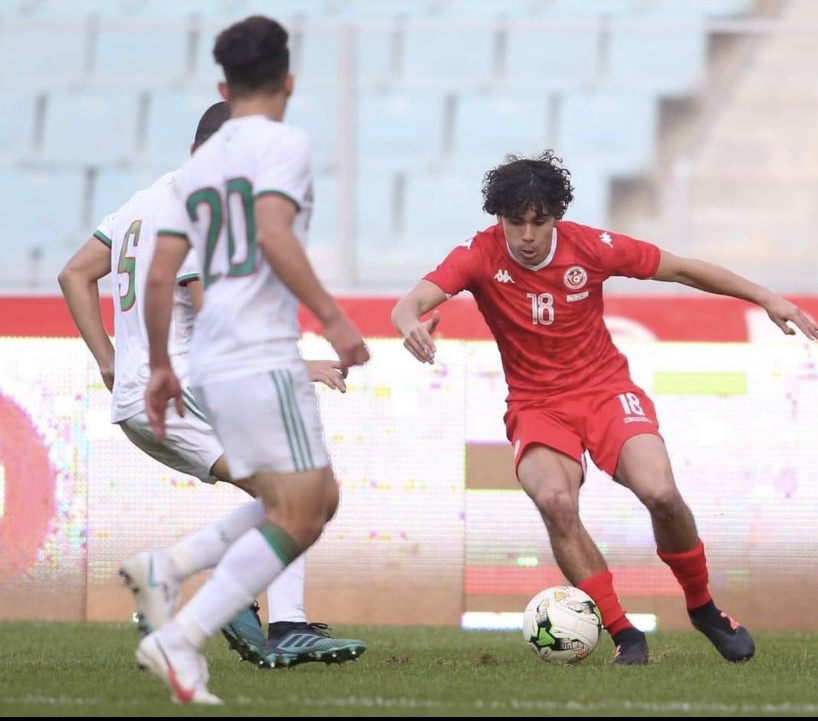 TW Braga Academy Director, Tim Wareing, came across videos of Hassan when he was 4 and 5 years old. After reaching out to his father via email the family flew over from New York to attend a TW Sports Easter Camp when Hassan was 6 years old.

This is Hassan's story...

After enjoying a full week of coaching with Tim at his Easter Clinic along with Benfica coaches in 2009 the family kept in contact. In 2013 TW Braga was set up. Hassan's father enquired about the possibility of Hassan playing in the 2002 age group and everything was put in place to make that happen.

Hassan moved from New York to Belfast during August 2014 to join TW Braga. Tim organised a host family and school to help with the transition. It was a very successful season as TW Braga U13's became Lisburn League Champions. They finished the season with a trip to play Newcastle United and Sunderland.

Hassan then had spells with Ards FC and Cliftonville FC the following season before returning to NYC. In 2017 he returned to TW Braga and played another season winning the double, Lisburn League and Lisburn Shield, with TW Braga U16's.

His next move was to English Premier League side, Sheffield United. In 2020 he signed his first professional contract with the EPL side and made his International Debut for Tunisia U20's in the African Nations Qualifiers.

Everyone at TW Sports and TW Braga are very excited to see what the future brings for this special, talented individual. The club are very proud to have played a part in his development and journey.

Here is a video of Hassan's time with TW Sports and TW Braga. 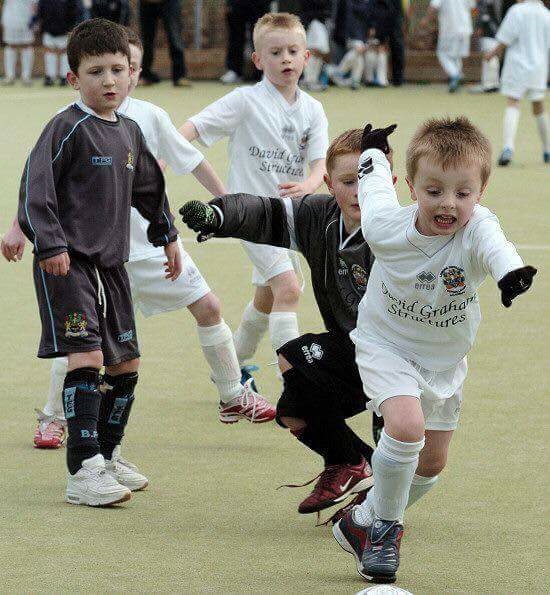 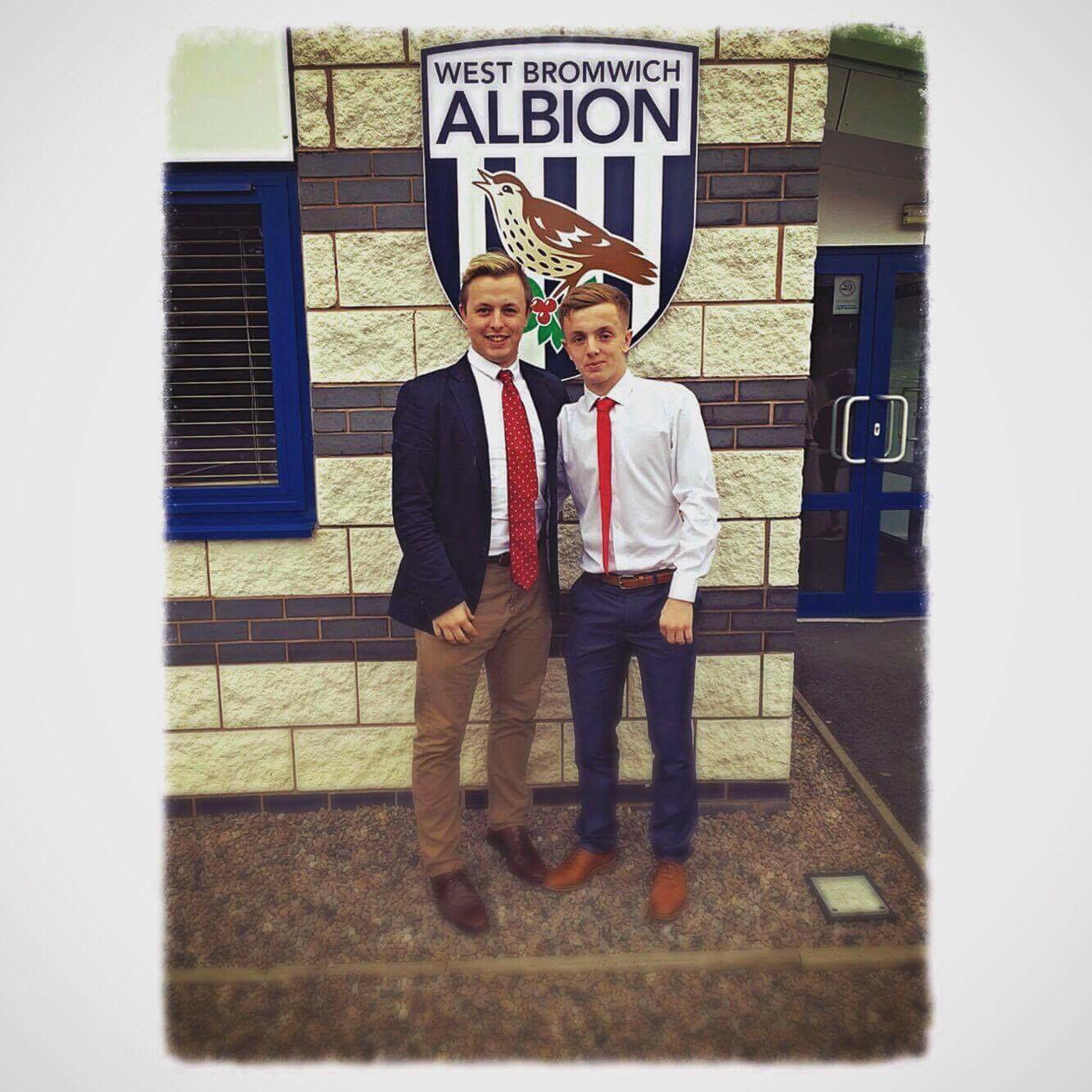 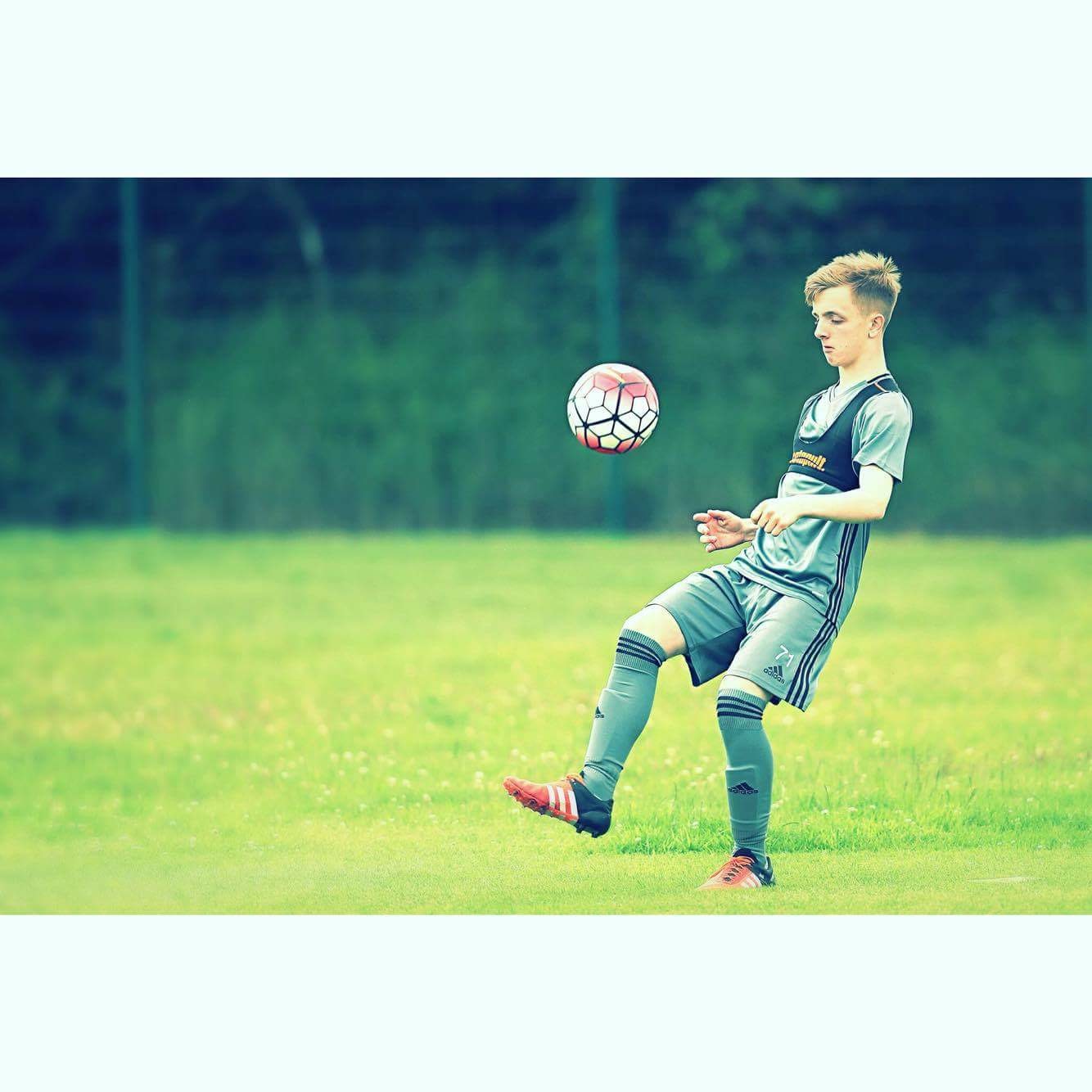 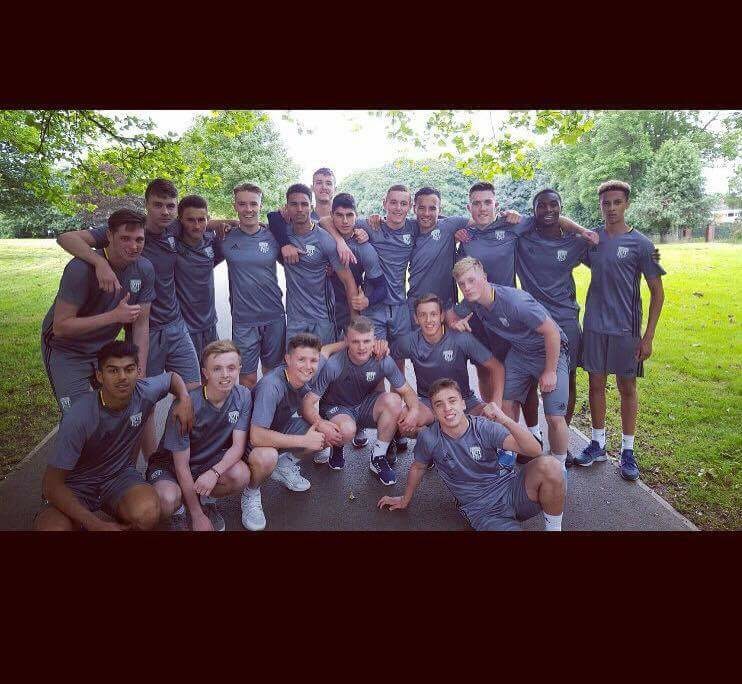 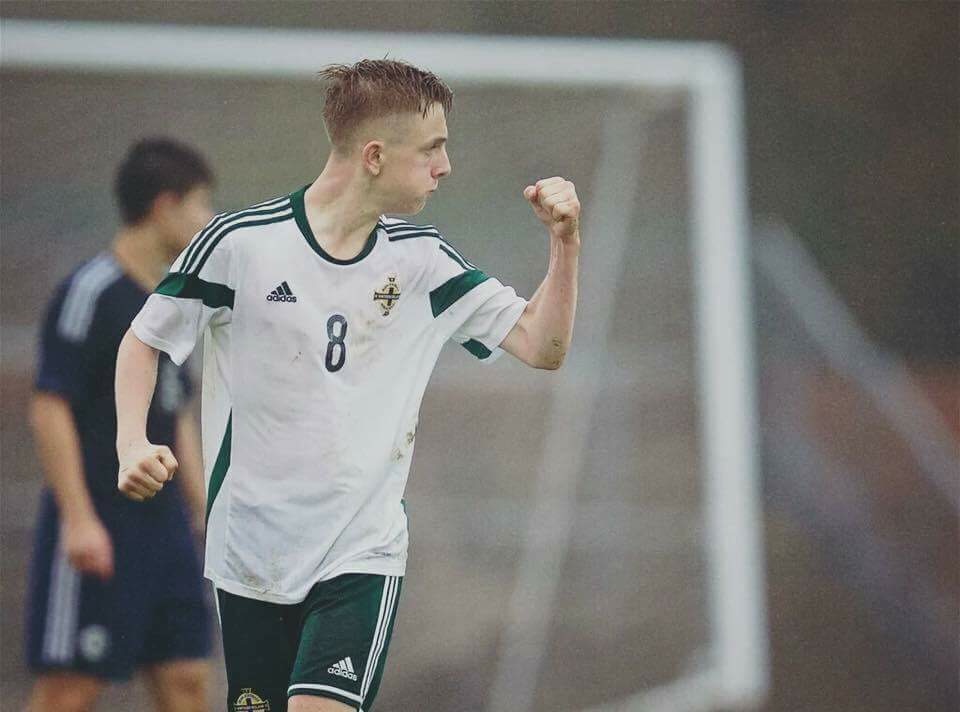 Jack was spotted at our TW Sports Banbridge Summer Camp and invited by Tim Wareing to join the Lisburn Distillery Academy.

'Starting off at Lisburn Distillery I felt quite anxious and shy towards playing in front of other team mates.  Playing 7 aside, I played left midfield at Billy Neill pitches in Dundonald week in, week out.  I loved every minute of it and played alongside another player who is also across the water at a professional club now.

Coming from outside Belfast was a task on its own to get to the venue but my parents never failed to bring me.  Tim and the other coaches at the time were brilliant in educating us how to play football the right way and enjoying it at the same time.

Following Distillery I moved to Linfield and completed 9 years there from the age of Under 8's to Under 16's.  Johnny Jamison was a massive influence who helped me along with some other brilliant coaches.  Those years were among the best I've played to date, we won titles and also improved massively technically and physically.

I started with Club NI and competed in many games from home in Belfast to Helsinki, Finland.  I have scored 2 goals so far including one to beat Scotland in the Victory Shield where we came 4 minutes away from winning the tournament against teams such as Wales, Republic of Ireland and England.

In the Milk Cup I played for County Down and captained the side to finishing 6th overall.  The highlight was our win against Brentford in which I scored 1.

Now I embark on starting my next chapter of my career for West Bromwich Albion FC.  I am delighted with the start I've made from going to the army camp for the toughest training I've ever done to completing pre season in Budapest on tour.  We came fourth and now ready for the new season which kicks off against Manchester City.

I hope it will be a successful one for the team and me as an individual.' 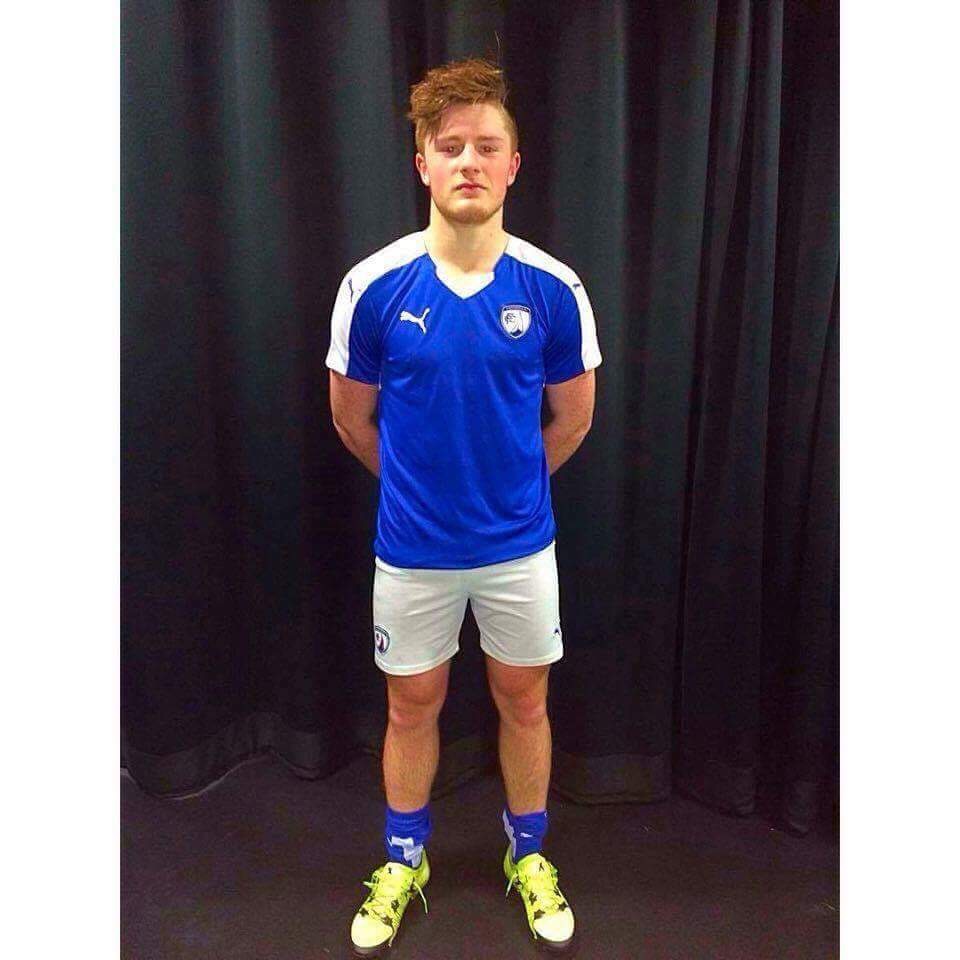 Josh was spotted at our TW Sports Cregagh Mini Soccer and invited by Tim Wareing to join the Lisburn Distillery Academy.

'I started my football career playing for TW Mini Soccer at the age of 5 and progressed to Lisburn Distillery who I played for until the age of 9.

I was scouted for Glentoran whilst playing a match for Lisburn Distillery and decided to take the opportunity to go where I spent 6 years.  I had a very enjoyable 6 years visiting places such as Paris, Barcelona and playing against big clubs such as Espanyol.

I gained my first international cap against Estonia in 2015 and have now played 20+ games for my country.  We travelled to County Mayo to play in the Mayo Cup.  We played Millwall, Chesterfield and Republic of Ireland.  We beat both Millwall and Chesterfield to get to the final of the competition.

Chesterfield had been watching me the whole tournament and were impressed.  They offered me a trial.  On the weeks trial we trained for 5 days and played a game against Huddersfield.  We drew 2-2.  The day after the game I was sat down and told that I would be receiving a 2 year scholarship which was the best news I've ever heard.' 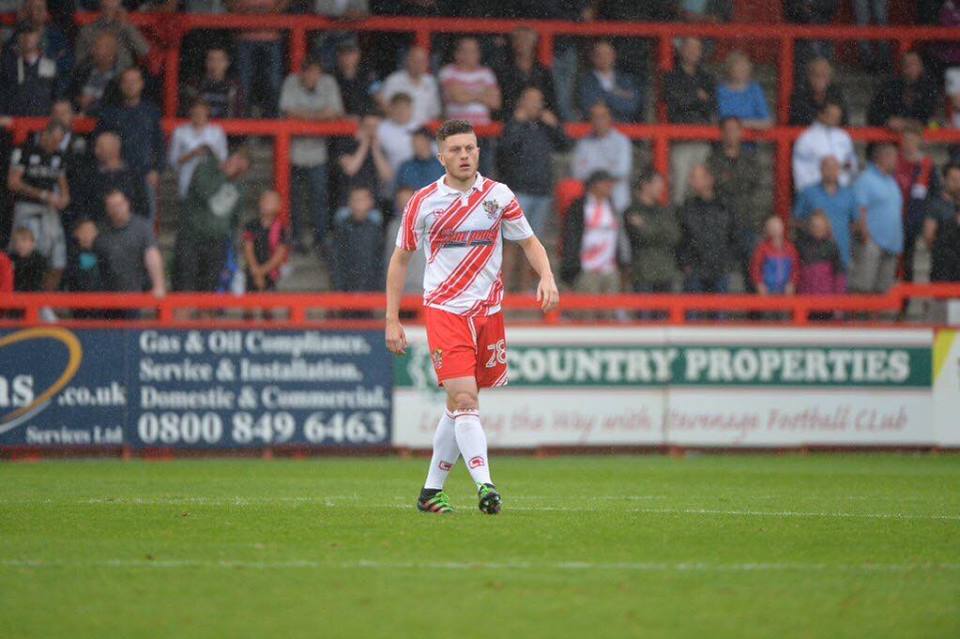 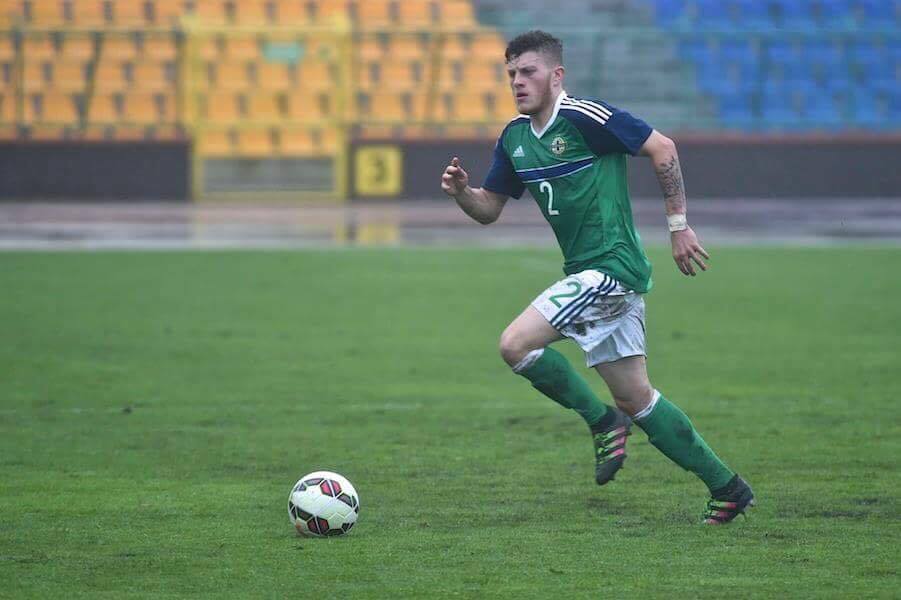 Nathan was spotted at our TW Sports Finaghy Mini Soccer and invited by Tim Wareing to join the Lisburn Distillery Academy.

This is Nathan's story...

'I started off playing Mini Soccer round the corner from my house at Kilmakee on week nights.  I loved every minute of Mini Soccer with TW Sports.  It improved me so much as a young player.  From there I was selected by Tim to join Lisburn Distillery.  I continued to play small sided games for a season before it developed to 11 aside.  Luckily I captained our side playing in centre midfield and really enjoyed it.  As my season finished with Distillery I joined Linfield where I found a new position at right back.

I enjoyed a great first season with Linfield winning the East Antrim League and League Cup.  My second season wasn't as successful with the Blues as I struggled to get into the side.  Before the season ended I decided to leave the club and joined Greenisland Football Club.

I found my feet again straight away at Greenisland and earned myself a place in the County Team and Northern Ireland elite program.  After spending a season and a half with Greenisland I then moved to St. Oliver Plunkett.  They would be my last club in Northern Ireland before moving over to England.

After these tournaments I attracted the attention of some clubs across the water.  I signed for Stevenage Football Club in the summer of 2014.  Over my three seasons at the club I've experienced a lot.  We have had a couple of successful runs in the FA Youth Cup, I have had involvement with the first team and have been privileged to play for Northern Ireland in the U17 and U19 Euro Championships.

In April 2016 I signed my first professional contract with Stevenage.  In the same year I made my debuts in the league and the Johnstone Paint Trophy with the first team.' 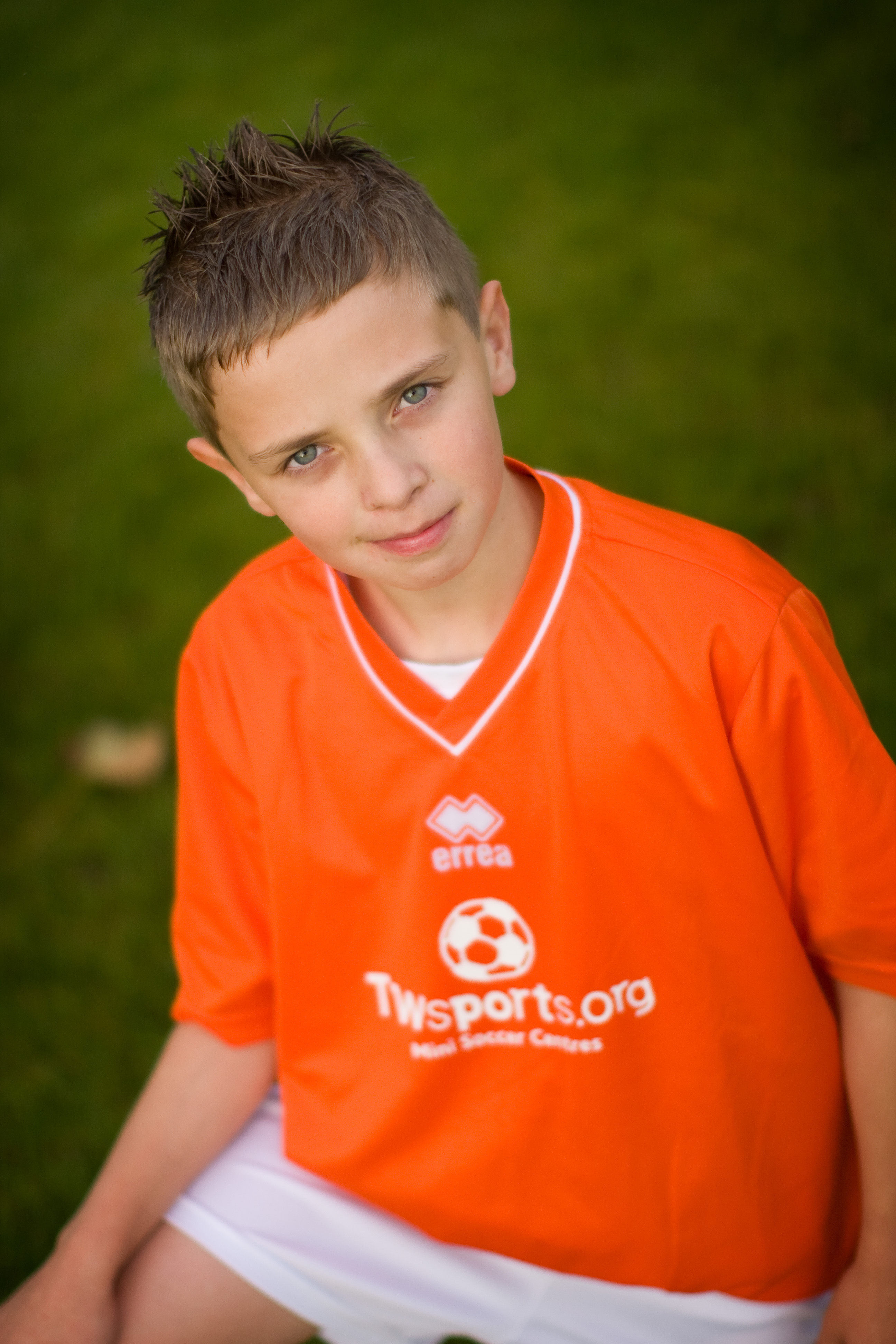 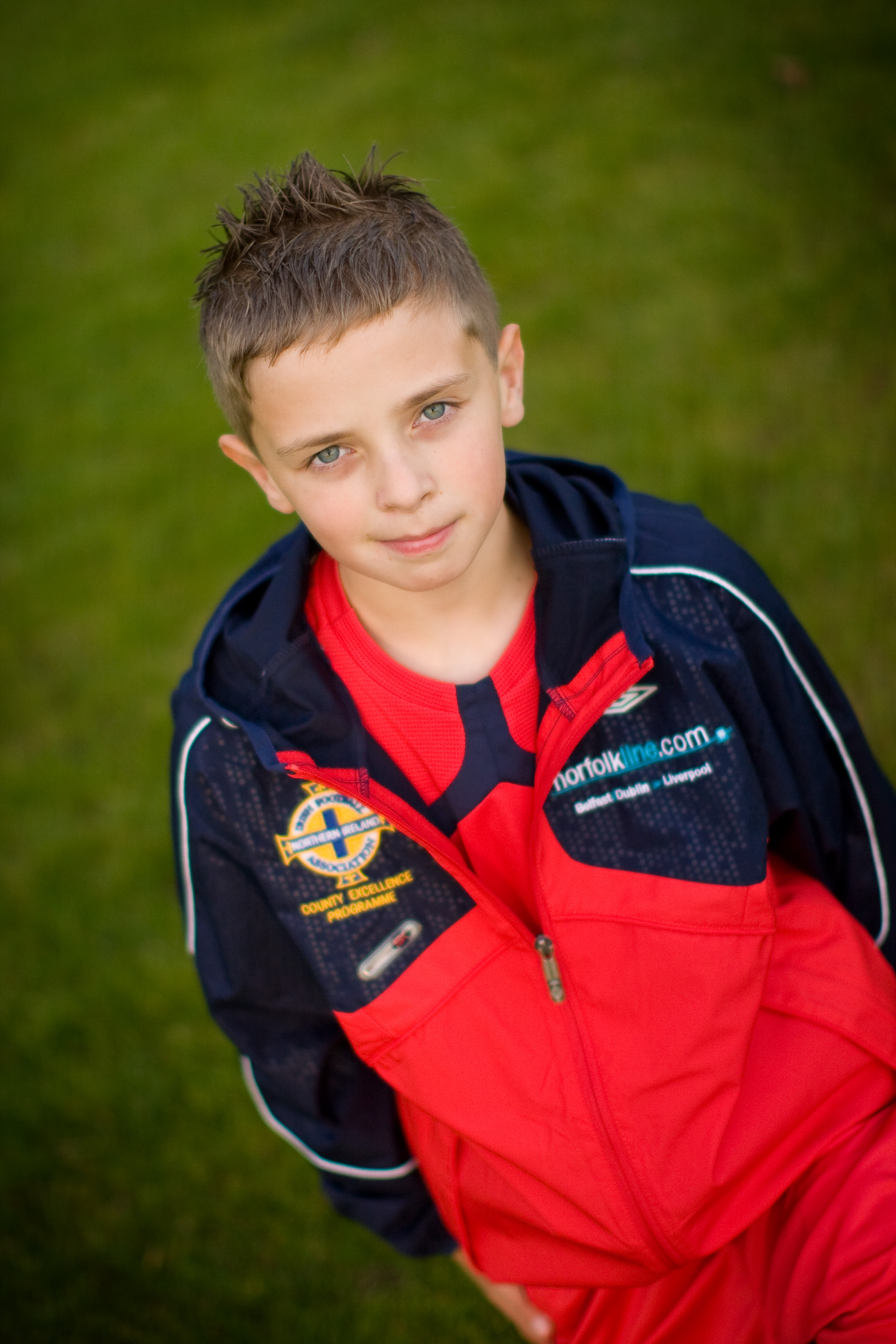 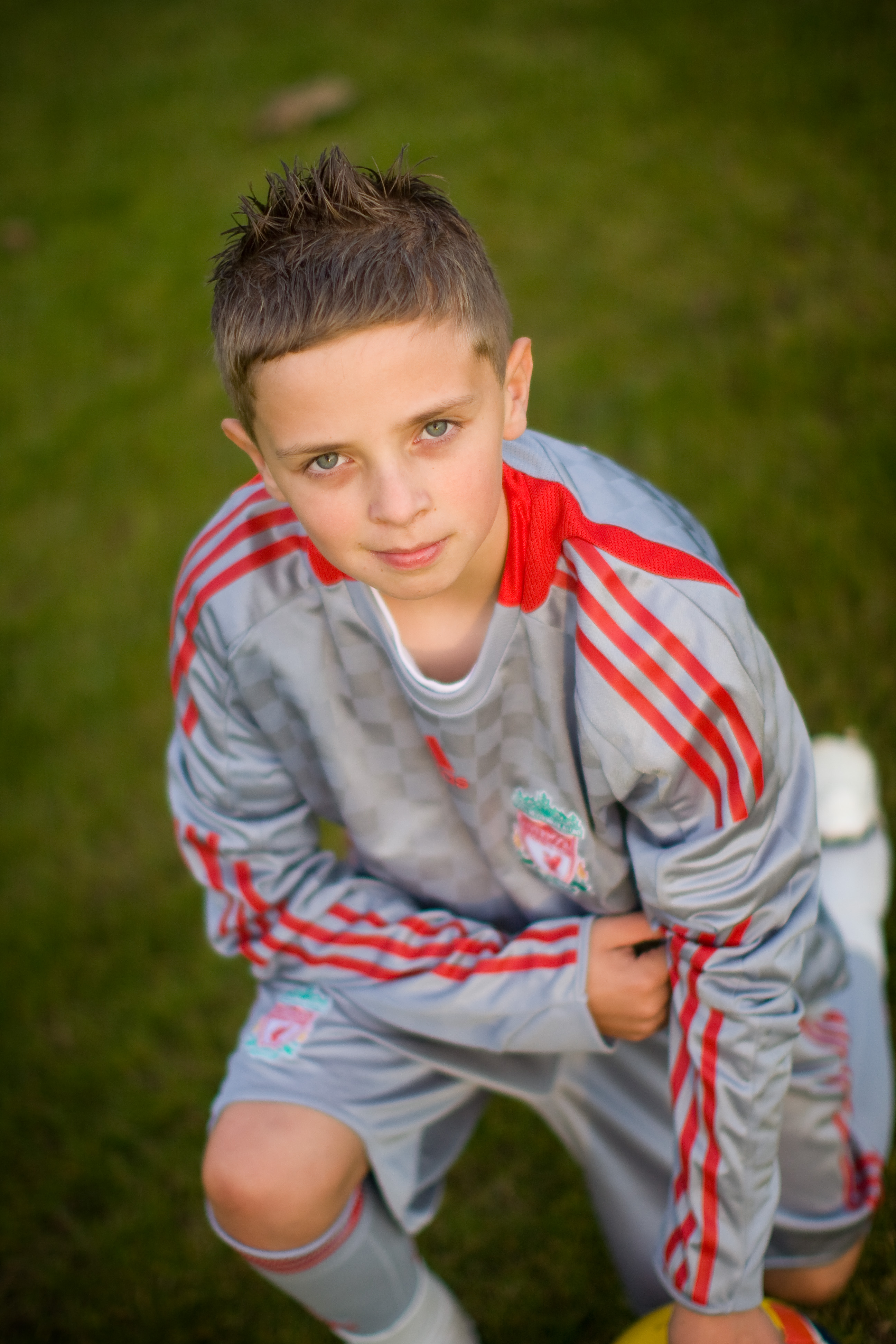 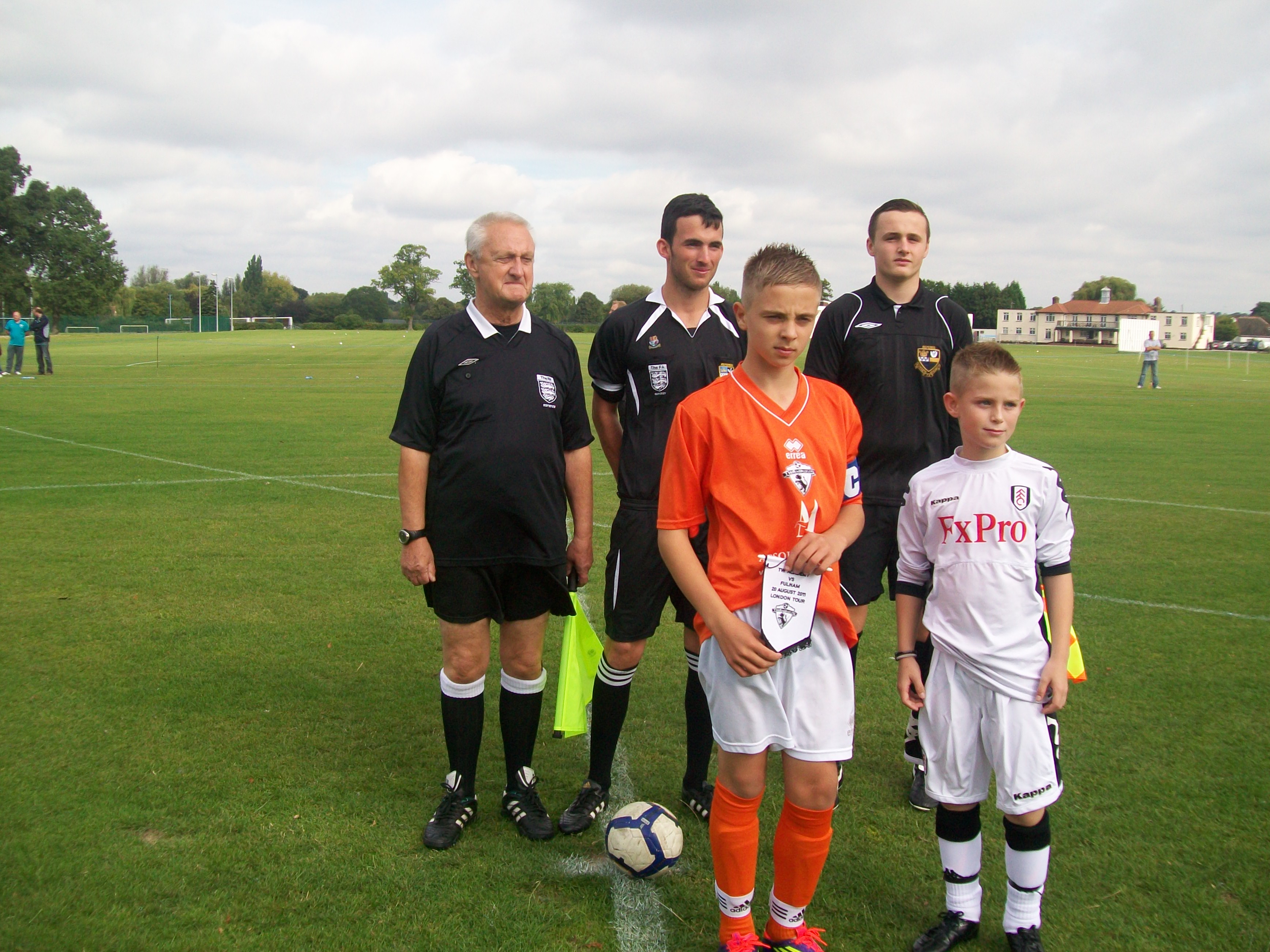 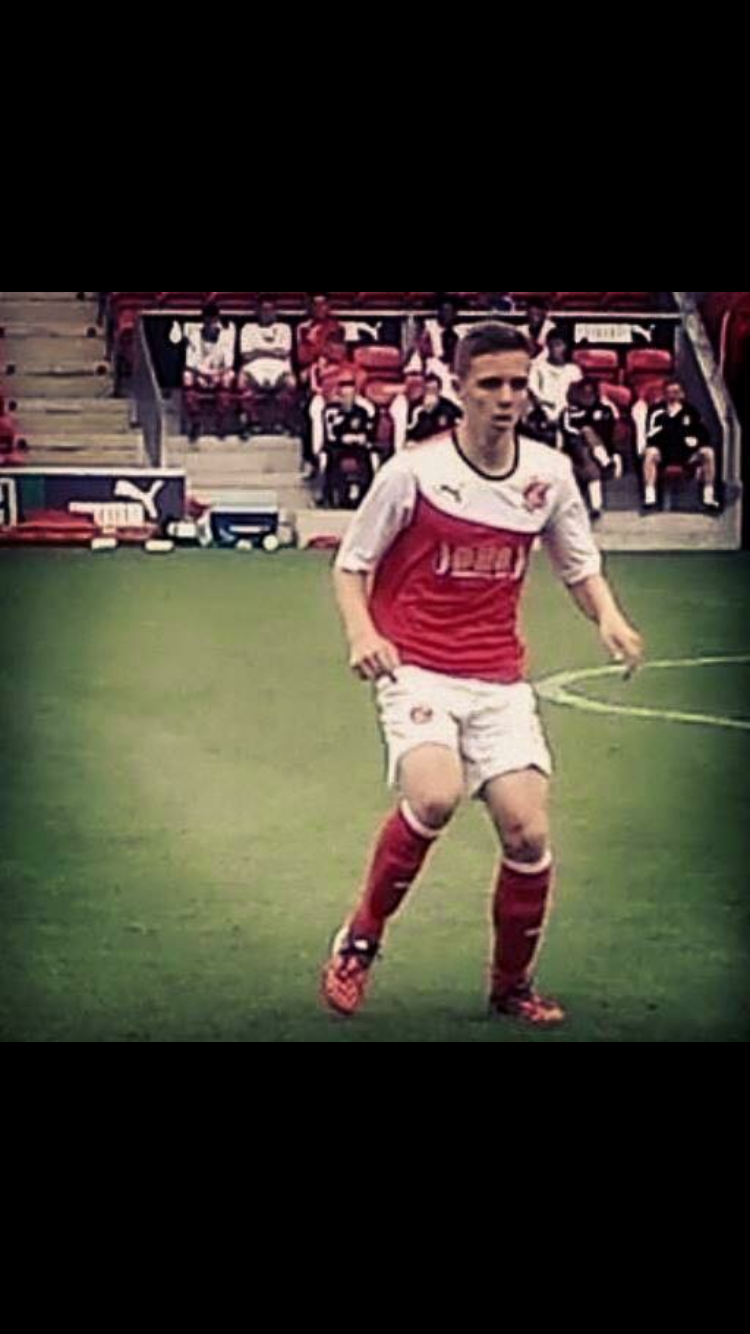 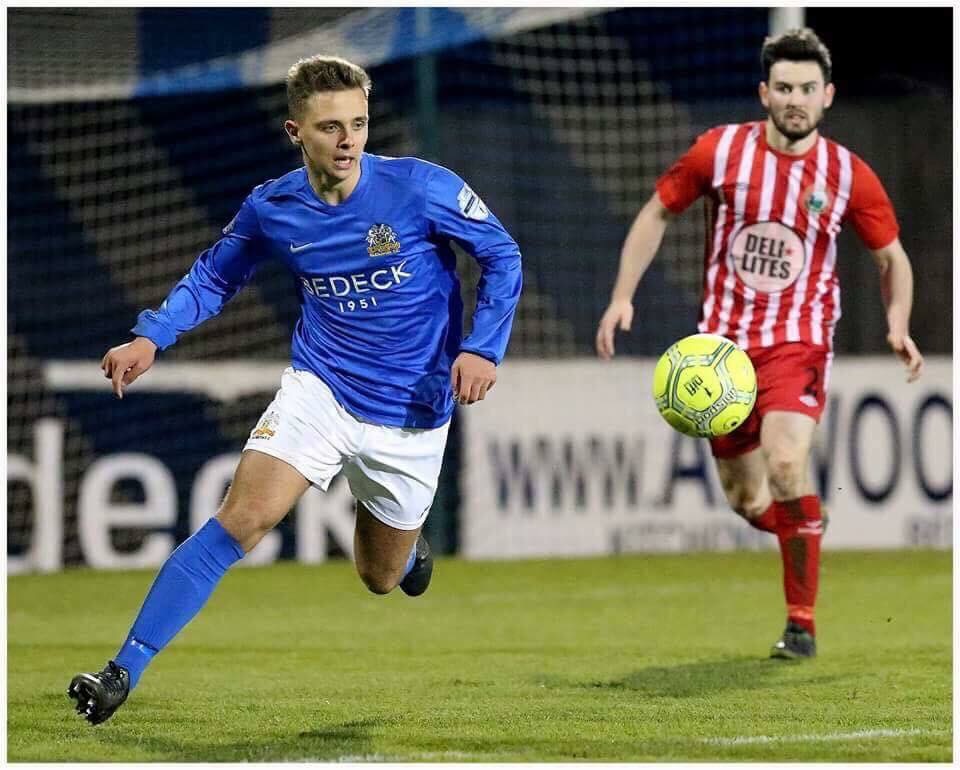 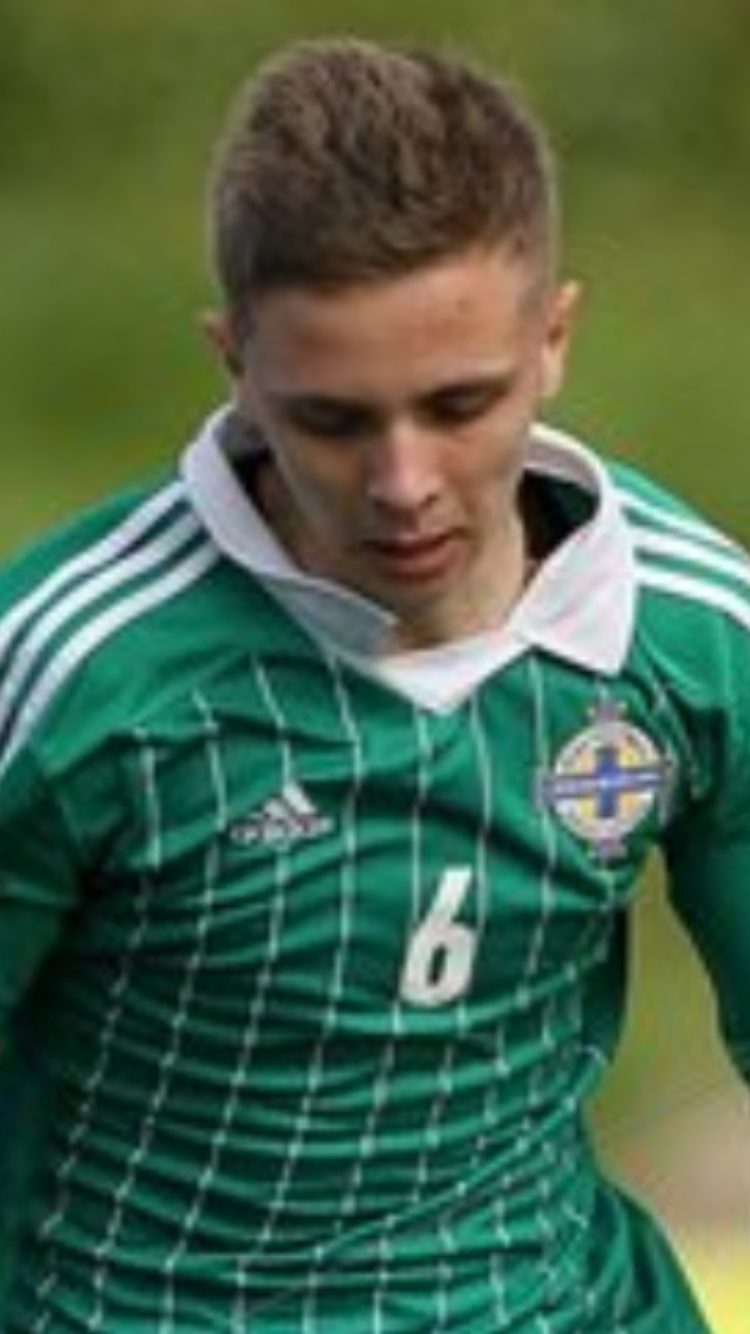 Luke started at TW Sports Mini Soccer Centre in Dundonald at the age of 7 before starting to work with Tim Wareing on a 1-on-1 basis and play for his elite team.  Luke worked up to 5 times per week with Tim.

'I began football with Tim at his mini soccer.  I then went on and played for Bloomfield, Dungoyne and St Oliver Plunkett.

Currently I am playing at Glenavon FC and also have Bolton Wanderers showing an interest.  I look forward to going back over again in the new year to Bolton.'

Submit
Well done! You have successfully been registered.
Oops! This email is already subscribed.
Oops! The captcha is wrong.