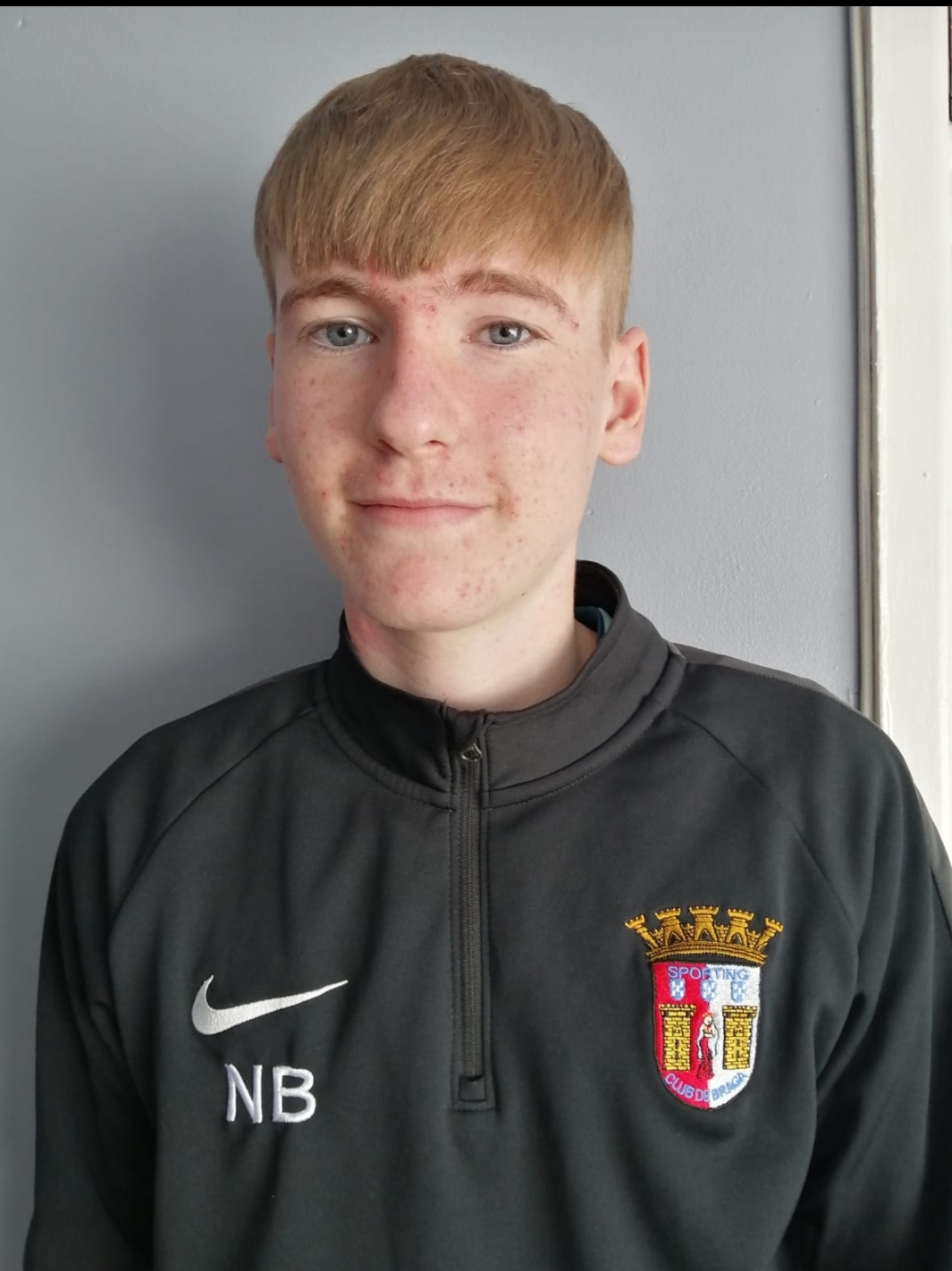 Nate played for Hillsborough Boys from the age of 4 until 13.  He originally started as a defender and progressed to midfield.  When Nate moved to Ballymacash Rangers FC he became their goalkeeper.  This was originally cover for the keeper who left but Nate has remained in the position since then.

He has attended the Grassroots Introduction to Coaching Award in June 2019.  Nate is focused in continuing and progressing with his coaching awards.