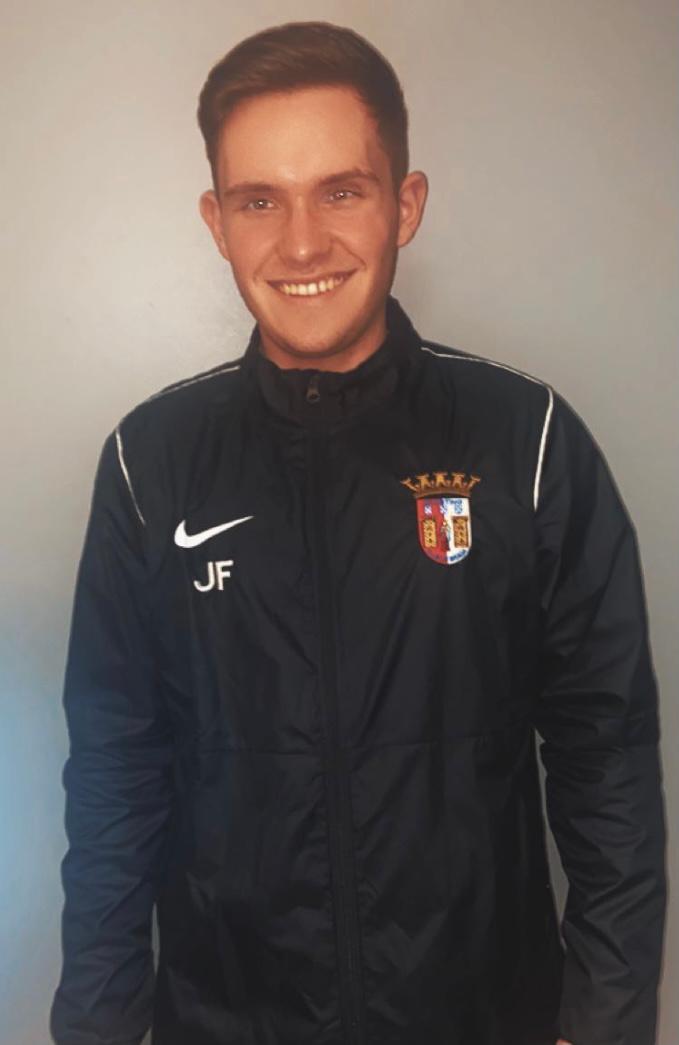 Joshua is from Belfast.  He is completing a BTEC Level 3 in sports through a partnership with the Irish Football Association and wishes to further his career within the sports industry.

Josh is a defensive player wanting to develop the knowledge of the younger players coming through TW Braga.  He holds his Level 1 Coaching award, Grassroots Introduction, Disability Coaching Award, Futsal Award and is a fully qualified referee.

He was part of TW Braga 2002 squad and played under Tim Wareing and Paul Kirk and improved as a player as the season went on.  Josh then joined Ards FC to further his career in senior football.

He wishes to step into the role of a coach and see the game that he loves from the sidelines to improve others.