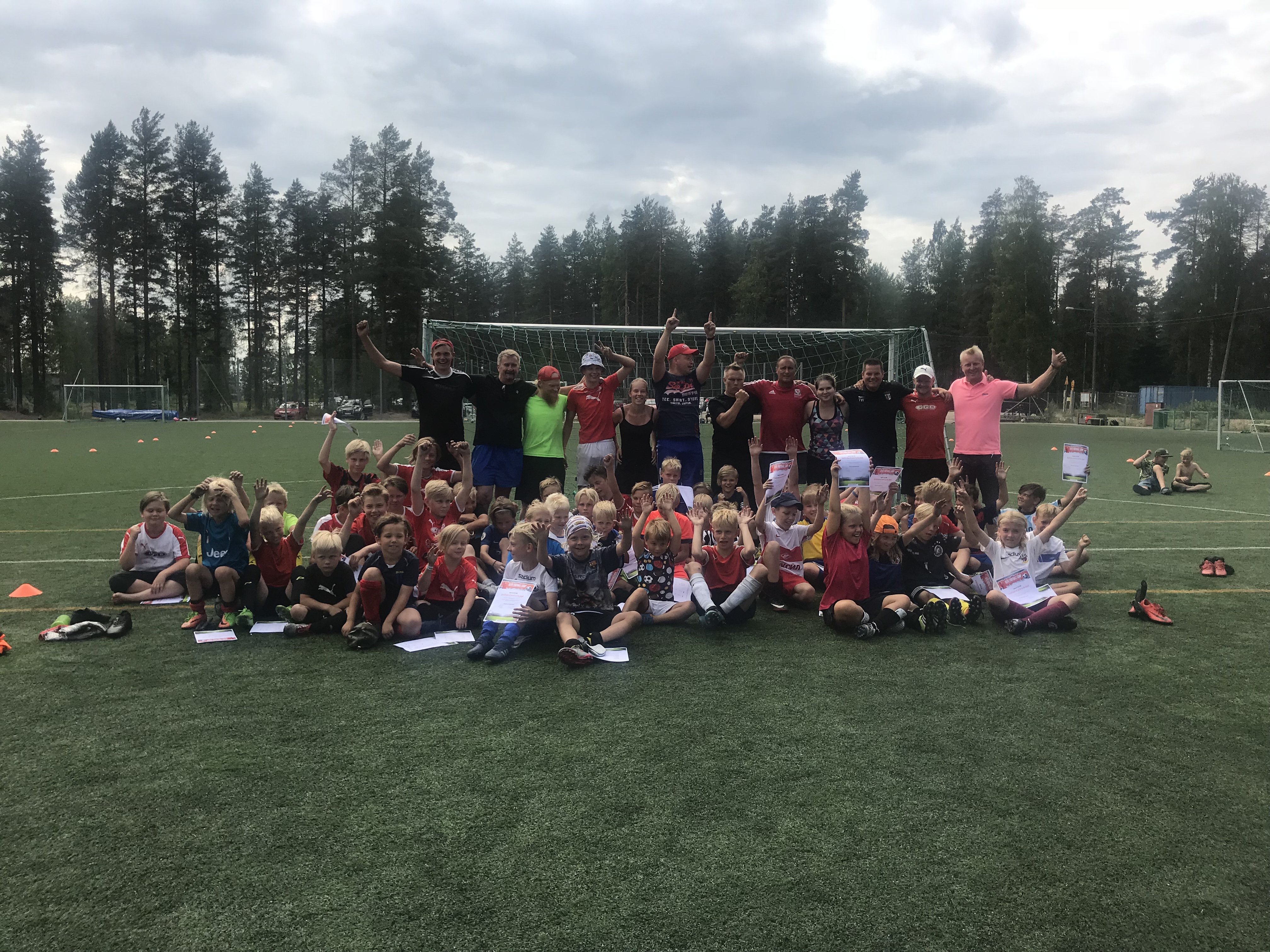 Tim Wareing returned to deliver an elite clinic in Imatra, Finland, for the third time.  Ex Manchester United player, Clayton Blackmore, was also in attendance to work with 50 children.

Tim travelled from Dublin to Helsinki.  Emilio, who organised the clinic with Tim, met him in Helsinki to drive him to Imatra. The transfer took just over 3 hours by car.  The nearest Russian town from Imatra is only approximately 8 kilometres away!

There was plenty of excitement after a successful World Cup in Russia.  France defeated Croatia on the day that Tim and Clayton arrived.  If that wasn\'t enough excitement President Trump arrived in to Helsinki Airport on Air Force One to meet with Putin.

The sessions took place outdoor on 3G.  Tim and Clayton delivered the sessions with the assistance of the local coaches.  The children spoke and understood English and their ability was impressive.  The weather was lovely with the sun shining and each day temperatures were over 30 degrees.

50 children enjoyed the clinic this time round.  4 children travelled over 500 kilometres to attend along with another child coming from Russia!

Clayton attracted a lot of interest from the local media and the article was featured on a full page of the newspaper.

It was another wonderful experience for Tim and Clayton.  To see Imatra in the summer was beautiful.  The lake beside the hotel is the fourth largest in Europe.  It was spectacular.  On the Wednesday evening the club organised for a boat trip across the lake to a small island.  What an amazing evening.  There was a sauna on the boat.  The coaches enjoyed having a dip in the lake to cool down after a sauna then had a lovely BBQ.

Emilio and the club looked after Tim and Clayton so well.  There has been a small group of children selected to travel to Northern Ireland to guest train and play with TW Braga.