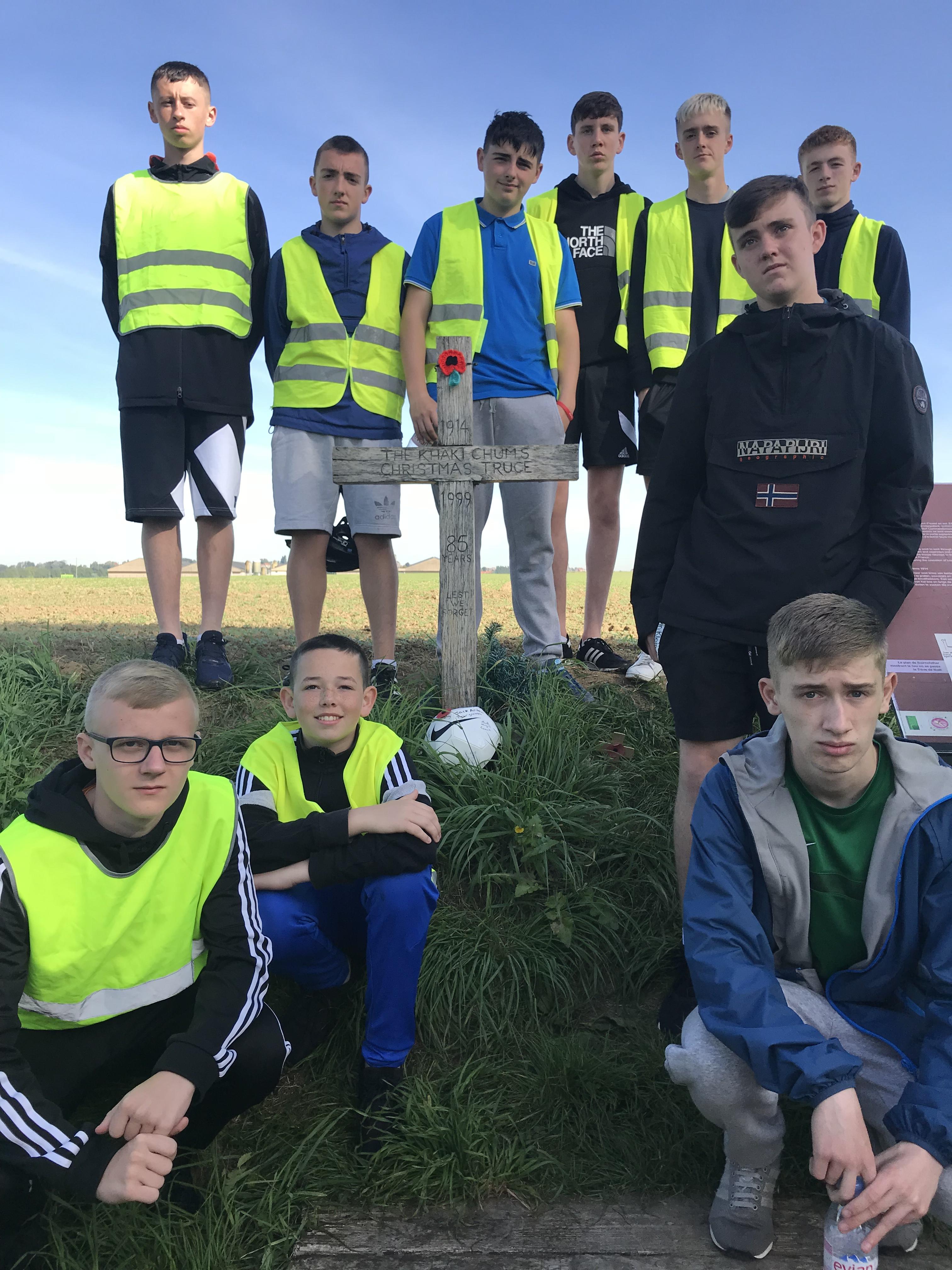 After playing a part to twin the Cregagh Green George Best Field with Flanders Peace Field, TW Braga were proud to take 5 boys over on a wonderful trip to Belgium for the official twinning of the pitches.  They were joined by 5 boys from the Cregagh Estate and 10 girls from Ashfield Girls High School.

During the 6 day trip the young people would visit many sites from World War 1 and take part in many work shops as well as playing sport.  The program focused on peace education learning about conflict resolution, sportsmanship and citizenship.  The exciting part was knowing that all the young people are learning to become peacemakers for the future.  How well all the young people integrated was so pleasing proving sport is the universal language.

Throughout the week the young people visited Passchendaele Museum, Tyne Cot Cemetery, cycled to were the Christmas Day Truce took place as well as taking part in many work shops.  This included Conflict Resolution, The Art of the Communication, Graffiti Art and International Day of Peace. One of the most moving visits was a trip to Ypres for The Last Post.

The Christmas Truces of 1914 are often celebrated as a symbolic moment of peace in an otherwise devastatingly violent war.  We may like to believe that for just one day, all across the front, men from both sides emerged from the trenches and met in No Man's Land to exchange gifts and play football.

Throughout the 6 days the young people took part and mixed in many sports including football, rugby, cricket and hand ball to name but a few.  We had special visitors from UEFA, FC Brugge, Netherlands cricket and special guests from London.

Here is a short video from our experience - video and video 2.