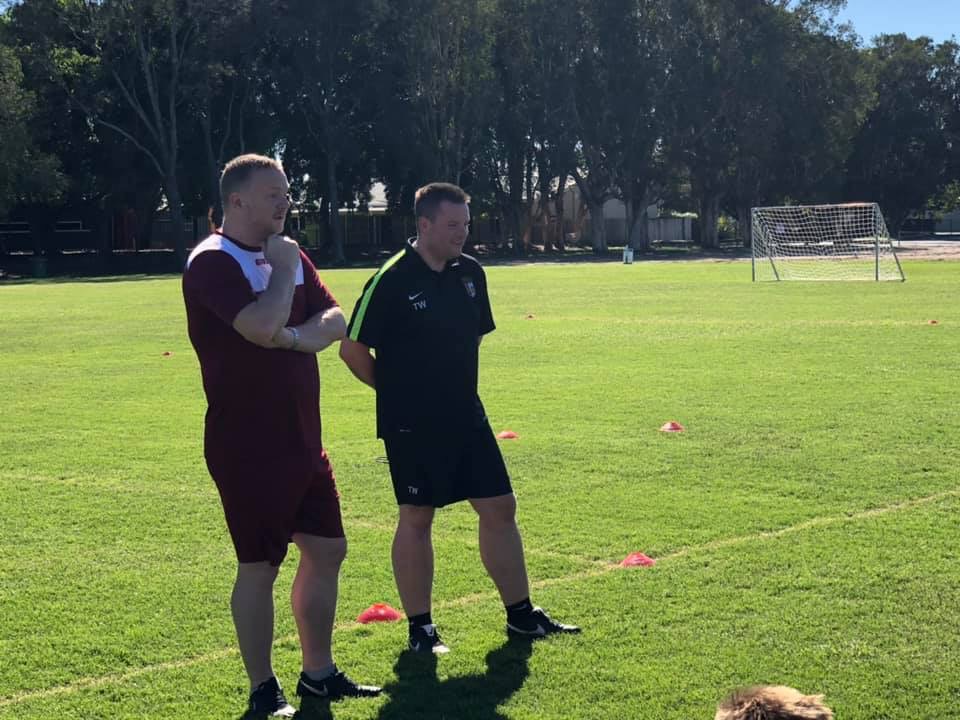 What a terrific experience for TW Sports Director and life long Manchester United supporter, Tim Wareing, to coach alongside 1999 treble winner, David May!

Tim travelled to Australia with ex Manchester United player, David May, to deliver elite coaching clinics in Brisbane and Darwin.

David played under Sir Alex Ferguson making no fewer than 118 appearances for Manchester United and scoring 8 goals.  He won 2 x Premier Leagues, 2 x FA Cups and the UEFA Champions League.  He was part of the history making 1999 treble winning squad!

It was wonderful to spend over a week in David May's company.  Not only getting the opportunity to coach with him but to hear some of the stories while David played for one of the biggest clubs in the world.

David was a very humble, down to earth individual for someone that achieved so much in the professional game.  It was a fabulous opportunity for Tim to coach alongside him and chill out hearing a few stories over a beer or two!  During one of Tim's sessions he was coaching the principles of defending.  To be able to call on David May to come in and add his experience was unbelievable!

Another highlight for Tim was playing in the same team as David May in the memorial game in Darwin for Eddie Sepulveda.

Here is some highlights from the coaching session.