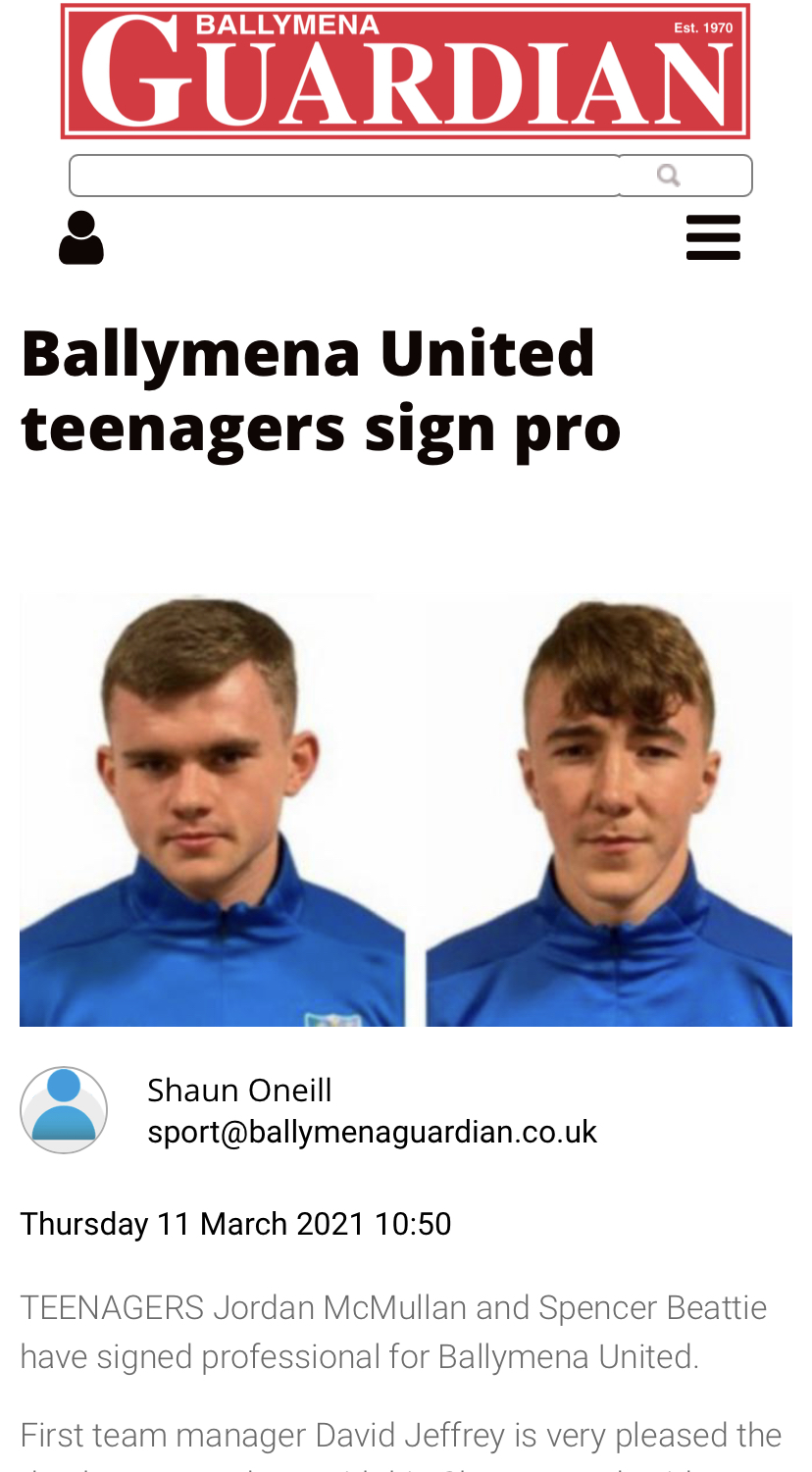 We are very proud of former TW Braga 2002 player and captain, Spencer Beattie, on signing pro at Ballymena United.

When TW Sports Director, Tim Wareing, started 1-on-1 Coaching with Spencer it was great to get him involved at TW Braga in 2013 when the project kicked off.

Tim commented; "I've never seen a player work so hard and develop so well.  Spencer was to committed, set standards and was so loyal."

He captained the side and was a great leader for all the younger players at the club.  He always took time to come along and get involved with our Frame Football squad too.

Spencer we're all so proud of you.  Keep working hard and look forward to seeing you at a game soon.