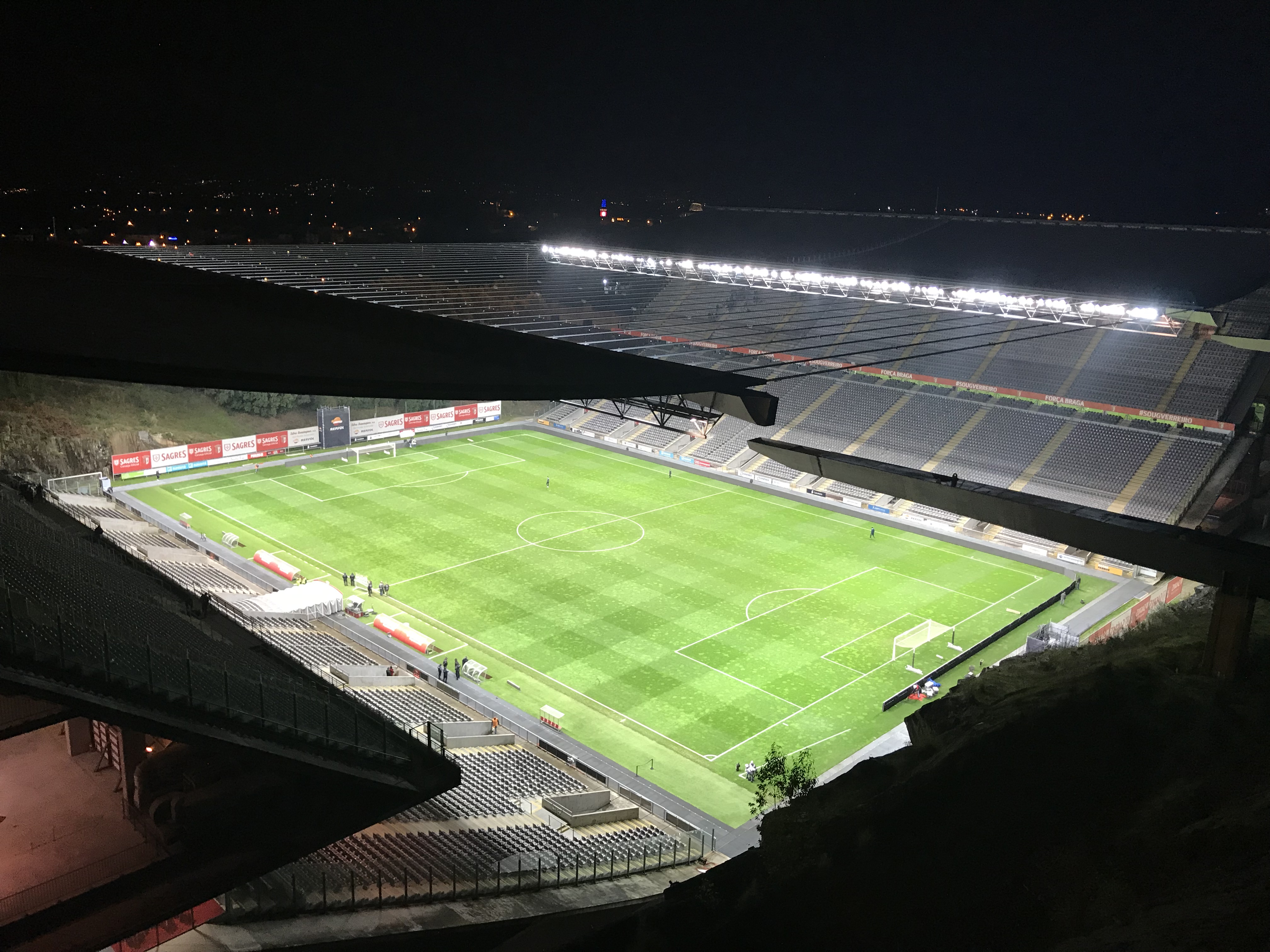 Academy Director of TW Braga, Tim Wareing, flew out to Portugal to spend a weekend at SC Braga.

It offered Tim an opportunity to meet with club officials and discuss how TW Braga has grown in Northern Ireland.  At the same time it was wonderful for Tim to see how SC Braga has changed and grown so much on and off the pitch.

A brand new training facility was breathtaking to see.  Along with a junior stadium, several natural grass pitches as well as the latest turf pitches the actual complex was a beautiful site.  Inside it offers players a large gym, treatment rooms, canteen, classroom and analysis rooms.  Along with this it offers meeting rooms, offices and of course a large number of changing rooms.

The real bonus is the location.  Offering wonderful views across the city of Braga but more importantly it overlooks the first team training area and stadium, The Municipal Stadium of Braga.  For any young player to see this every day offers them great motivation for their journey to play for the first team!

The stadium is also known as 'The Quarry', since it was carved from the face of Monte do Castro, it was built in 2003 as a venue for the 2004 UEFA European Championship.  It is an all seater football stadium that has a capacity of 30,286 spectators.

The stands were constructed on either side of the pitch, while one of the goal backdrops was carved from the rock walls of the quarry.  The opposite goal backdrop is dominated by the city sprawl.  Each stand is covered with a canopy-style roof and connected by dozens of steel strings, a design inspired by ancient South American Incan bridges.  Movement between stands is accomplished through a 5,000 square metres plaza under the pitch.

A real piece of architecture beauty.

Tim got to watch a number of training sessions, youth academy games, speak with coaches and club officials.  It was a great experience to also attend the first team league game against Moreirense FC.  SC Braga won the game 2-0 with a penalty from Eduardo and a real impressive finish from Paulinho.

What was interesting was Braga's first goal.  A contested hand ball and penalty was initially ignored by the referee and Moreirense counter attacked.  Their player was brought down on the age of the box and were awarded a free kick.  That was the first break in play and the referee took the opportunity to watch the contested hand ball on VAR.  Amazingly he came back onto the field of play, signalled he watched the replay on VAR and awarded Braga a penalty!

Tim enjoyed the game in the SC Braga Academy and coaches box.  This offered food, drink and a lovely environment to speak as a group then take the seats outside the box to watch the game.

Here is a short video detailing the weekend visit to Braga.